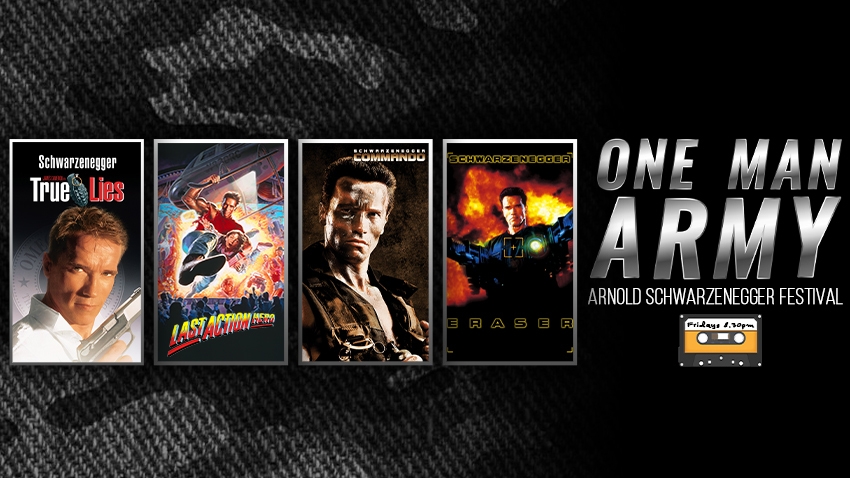 Action Nights on eRewind every Friday!

This November it's Arnold Schwarzenegger action festival, every Friday at 8:30PM, Channel 109 on Openview.

A Witness Protection specialist becomes suspicious of his co-workers when dealing with a case involving high-tech weapons.

A retired Special Forces colonel tries to save his daughter, who was abducted by his former subordinate.

With the help of a magic ticket, a young movie fan is transported into the fictional world of his favourite action movie character.

A young boy, Conan, becomes a slave after his parents are killed and tribe destroyed by a savage warlord and sorcerer, Thulsa Doom. When he grows up he becomes a fearless, invincible fighter. Set free, he plots revenge against Thulsa Doom.

A fearless, globe-trotting, terrorist-battling secret agent has his life turned upside down when he discovers his wife might be having an affair with a used-car salesman while terrorists smuggle nuclear warheads into the United States