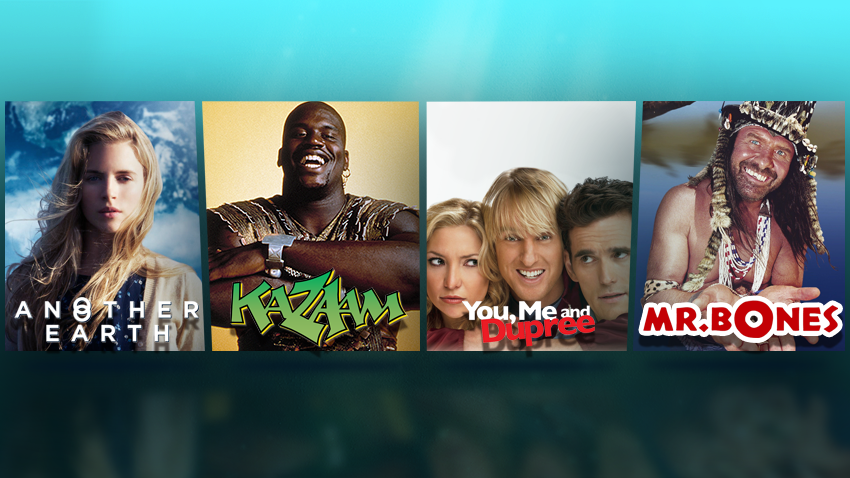 Chuckle up with our movies this week

Grab the popcorn. Schuster’s in town on eMovies Channel 106.

Smurfs: The Lost Village
Wednesday, 2 June 2:45PM
In this fully animated, all-new take on the Smurfs, a mysterious map sets Smurfette and her friends Brainy, Clumsy and Hefty on an exciting race through the Forbidden Forest, leading to the discovery of the biggest secret in Smurf history.

After attracting both media and police attention for accidentally knocking Kate Moss into the River Thames, Edina and Patsy hide out in the south of France.

A young boy's discovery of a colourful, wish-granting rock causes chaos in the suburban town of Black Falls when jealous kids and scheming adults alike set out to get their hands on it.

Complications arise when a fugitive (Leon Schuster), who's masquerading as a woman, falls in love with his pretty boss (Mary-Anne Barlow).

On the night of the discovery of a duplicate Earth in the Solar system, an ambitious young student and an accomplished composer cross paths in a tragic accident.

The Darjeeling Limited
Tuesday, 8 June 8PM
A year after their father's funeral, three brothers travel across India by train in an attempt to bond with each other.

When 12-year-old Trinity Goodheart is visited by an angel who leaves her a pendant that belonged to her long-lost mother, Trinity concludes that her mother is in danger and needs her help.

A drama centered on a go-go dancer with multiple personality disorder who struggles to remain her true self and begins working with a psychotherapist to uncover the mystery of the inner ghosts that haunt her.

A young Englishman plots revenge against his late cousin's mysterious, beautiful wife, believing her responsible for his death. But his feelings become complicated as he finds himself falling under the beguiling spell of her charms.

Infinitely Polar Bear
Monday, 14 June 8PM
A father struggling with bipolar disorder tries to win back his wife by attempting to take full responsibility for their two young, spirited daughters, who don't make the overwhelming task any easier.

Begin Again
Tuesday, 15 June 8PM
A chance encounter between a down-and-out music-business executive and a young singer-songwriter, new to Manhattan, turns into a promising collaboration between the two talents.

SKOROKORO
Wednesday, 16 June 8PM
Two-star crossed lovers from a little village in South Africa have to battle their way to their happy ending. Think Shakespeare, but with cows.

Pearl in Paradise
Thursday, 17 June 8PM
An adventurous photographer and a less-than-adventurous novelist search for a mysterious pearl in the paradise of Fiji.

Duplicity
Friday, 18 June 8PM
Two ex-government agents turned rival industrial spies have to be at the top of their game when one of their companies prepares to launch a major product. However, they distract each other in more ways than one.

Mechanics of Love
Monday, 21 June 6:30PM
In town for a wedding, Mattilynn runs into an old flame at her father's mechanic shop and is torn between staying and returning to the big city.

The Holiday
Tuesday, 22 June 3:50PM
Two women troubled with guy-problems swap homes in each other's countries, where they each meet a local guy and fall in love.

A Wish Come True
Wednesday, 23 June 4:45PM
On the night of her 30th birthday, Lindsay Corwin, an unlucky environmentalist with a string of bad relationships, decides to make the ultimate wish: for all of her birthday wishes to come true.

Charlie & The Chocolate Factory
Thursday, 24 June 5:55PM
A young boy wins a tour through the most magnificent chocolate factory in the world, led by the world's most unusual candy maker.

Vacation
Friday, 25 June 8PM
Rusty Griswold takes his own family on a road trip to "Walley World" in order to spice things up with his wife and reconnect with his sons.

Come fall in love with our movies weekdays at 8PM on eMovies Channel 106.