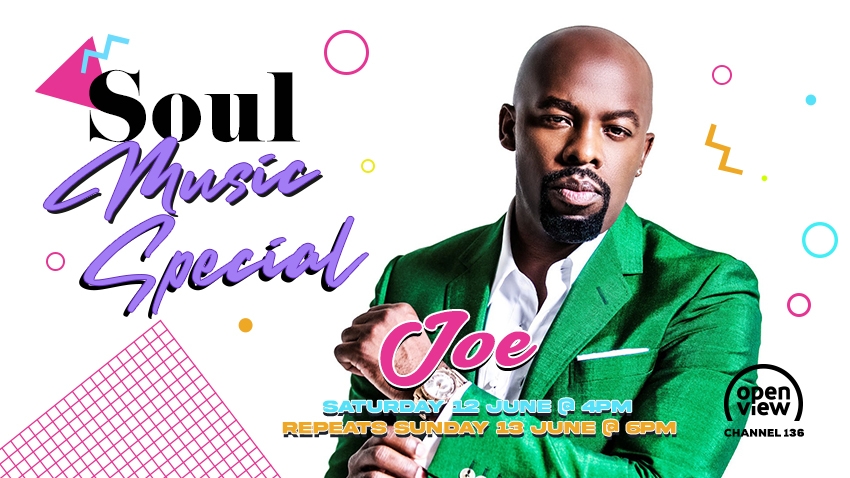 Soul Music will take you away.

An RnB veteran, multi-talented, amongst the best of the best, Joseph Lewis Thomas loved and known simply as Joe, has graced many a stage across the globe with his well known hits from "I Wanna Know" to "Don't Wanna Be A Player". While working in a gospel music store in New Jersey and singing in a church, Joe met producer Vincent Herbert and recorded a three-track demo. Joe then released his debut album, "Everything," in 1993, which spawned a number of hit singles, including the number 10 RnB hit "I'm in Luv." He has since gone on to produce albums for several artists and bands over the years including Case, The Temptations, XScape, and Changing Faces. This weekend Joe graces our screens on Saturday 12 June at 4PM and repeats Sunday 13 June at 6PM!

Let the music touch your soul on channel 136.