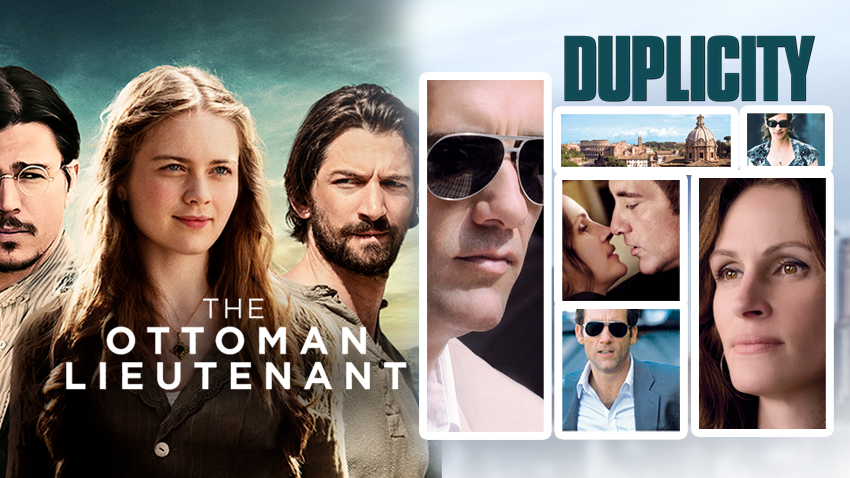 Pick of the Week

A woman runs away from home and joins Doctor Jude, who works within the Ottoman Empire. She falls in love with an enemy, a lieutenant in the Ottoman Imperial Army, and has to make a decision.

Yearning for a better life, a single mother with a passion for cooking gets a shot at greatness when her son enters her into a top reality cooking show.

Henry Altmann is always angry and unhappy. However, when he learns that he may die in 90 minutes due to a brain aneurysm, he tries to make peace with his friends and family.

Jesse's exotic-dancing career ends after she returns home to her dying father and reluctantly agrees to his last wish: that she take over as head of Mount Olive Baptist Church. The decision pits her against the leadership of the church and her sister, but by accepting the position, she can finally reconnect with her family and her teenage son.

A Day Late And A Dollar Short

Worried that her next asthma attack may kill her, a woman (Whoopi Goldberg) tries to solve the problems of her estranged husband (Ving Rhames) and their four adult children.

A successful single woman hires a surrogate mother to bear her child when she discovers she is infertile. But she is forced to take the woman into her home when she finds that she is homeless.

Elelwani is a 2012 South African drama film directed by Ntshavheni wa Luruli. It won awards for Achievement in Production Design and Best Actress in a Leading Role for Masebe at the 9th Africa Movie Academy Awards.

Teenage Tom McHugh (Ethan Hawke) is madly in love with his ravishing next-door neighbor, Geena Matthews (Teri Polo), but becomes hopelessly tongue-tied whenever she's around. When his parents go away on an impromptu road trip, his suave law student brother shows up and begins coaching Tom on how to pick up women. Things are going great until Tom discovers a body in the trunk of his brother's car, and his perfect date with Geena takes multiple turns for the worse

Three female African-American mathematicians play a pivotal role in astronaut John Glenn's launch into orbit. Meanwhile, they also have to deal with racial and gender discrimination at work.

Two secret agents who have a history face each other after a gap of five years in the capacity of industrial spies. The game heats up when one of their employers announces the launch of a product.