South Africa is one of the few countries in the world where polygamy is legal and openly practised. Though polygamy is part of our national consciousness, polygamous marriages still hold an air of mystique. Those who have not been exposed to a personal experience of polygamy are intrigued by the politics and dynamics of a multi-spouse marriage, while those who have been a personal experience of a polygamous marriage often feel misunderstood. Umlilo aims to go behind the scenes of a polygamous marriage and explore the interpersonal dramas of a family in a state of flux.

The Simelanes are a moderately affluent family, living in Johannesburg. The family is headed by the dynamic and forceful patriarch Mnqobi, a man in his approaching his 45th birthday, a self-made man. Starting with very little, he has built a successful trucking business, conquering the transportation of ore and equipment from SA to the Congo, Mozambique and other African countries. His successful business has caught the eye of a major multi-national German Company (Hummel) who want to run a fleet into Africa. Mnqobi is about to become a very wealthy man. Mnqobi is handsome, ruthless, driven and ambitious has two wives: Cebisile, a childhood sweetheart from his hometown, deep in rural KZN, and Dumile, a more recent addition to the family.

Each wife occupies a “wing” in the house – divided equitably by Mnqobi. He, in turn, splits his time between the two women, with meals and family meetings occurring communally. Mnqobi and Cebisile have been married for 18 years, Mnqobi and Dumile for a more modest 7. Mnqobi and Cebisile have 2 daughters, Andile and Phindile, while Dumile has yet to bear a child, the son Mnqobi has always wanted. Cebisile and Dumile are very different from one another. While Cebisile is traditionalist, and more comfortable in the rural village she called home, Dumile is a city girl. Despite their differences, the two women live a relatively amicable life. 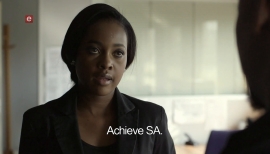 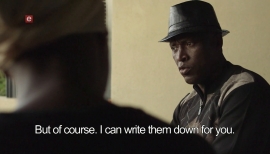 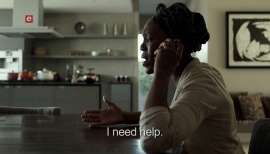 By the time Dumile and Spikiri get back to Thuthukani, the real Khwezi Mbatha has vanished into thin air.  As always it seems that Khwezi is one step ahead of them.  Time is running out... 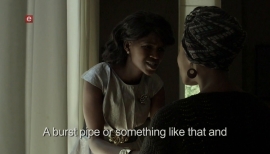 It is days before the wedding and preparations are well underway.